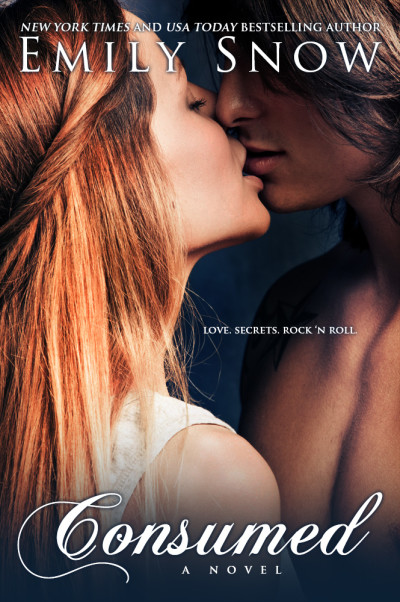 available at this link:  http://payhip.com/b/4NCn

Now that Lucas is back in her life, Sienna is sure the drama between them is over. But then he comes to her with a new offer: his band, Your Toxic Sequel, is going on tour and he wants her with him—working in wardrobe and as his girl. Life on the road is a complete 180 from everything Sienna has ever known. Not only does she have to deal with Lucas’s band members, but she’s also forced to be around Cilla, the lead singer of Wicked Lambs. Still, despite horny band mates and a gorgeous rock goddess determined to sink her talons into Lucas, Sienna stays by his side. Then the letters start to come—harassing messages from Lucas’s ex-wife, Sam. At first, Sienna brushes them off, keeping Lucas in the dark because Sam is bad for his music. But after Sam’s contact turns personal and violent, Sienna has no other choice but to confront Lucas. If she’s ever going to understand the twisted pull Sam has on him, she has to know his secret. But when he finally reveals it, will they be able to survive the consequences? Or will it tear them apart, consuming them?

“Nice move, Mr. Wolfe,” I mutter under my breath. Tapping my foot rapidly against the floor, I wait for my suitcase to come around on the carousel. Once I locate it, I lug everything to a row of chairs nearby. It’s too hot for me to wait outside for some driver to arrive.
No sooner than my butt makes contact with the hard seat do I hear snippets of a conversation between two women who are walking in the direction of the taxi exit.
“ . . . I have all of their CDs. I could spot him from a mile away. It was definitely him, and you—you are stifling me!”
What the hell?
I twist around in time to witness the shorter woman with the black, asymmetrical bob narrow her chocolate brown eyes at the tall, leggy blonde. “And just last night you just said they’re on tour. So which is it, Kate? He’s on tour, or he’s bullshitting around this place?”
“Or maybe,” Kate hisses, “Lucas is catching a flight because of his tour.”
Lucas is already here?
I clamber to my feet, allowing the argument between Kate and her friend to fade into the background as I scan as far as my eyes can see for Lucas. There are couples reuniting all around me, and what appears to be an entire busload of people holding up signs that say “Welcome Home, Gloria,” but no sign of him. I’m about to grab my stuff and go look, but then I see him. Heading directly toward me. His stride a little faster than it normally is, his soft grin entirely too confident, his hazel eyes cocky and yet so full of need.
God, that man and those eyes.
He’s wearing destroyed jeans and an olive green tee shirt that show off the green flecks in his eyes. His muscular arms hang relaxed by his side, but when he comes close enough for me to breathe in the clean, airy scent of his cologne, I notice that he’s worrying something between the thumb and forefinger of his right hand. I squint down at it as the toes of his Converse brush up against my ballet flats.
“Well fuck, Sienna. Looks like you’re more interested in my hands than my face.” But he opens his palm, holding it six inches from my face. My throat constricts when I realize what he’s holding.
It’s a guitar pick.
Holy hell.
“You’re grinding your teeth.” The volume of his voice is barely above a whisper and yet so powerful. “The things I want to do to you for that.”


Series Reading Order Book .5 – All Over You 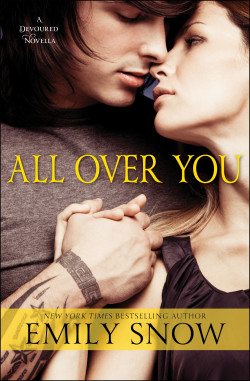 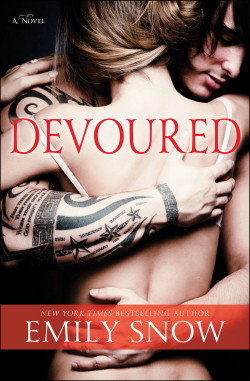 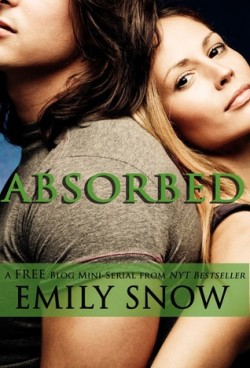 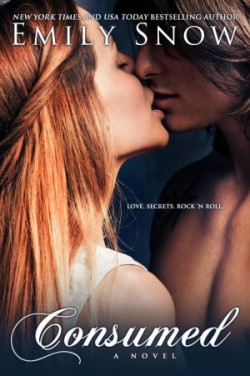 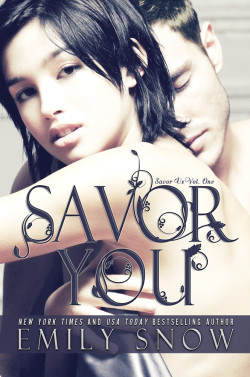