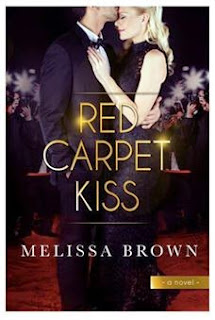 After penning a series of bestselling novels, Eleanor Riley vowed to leave her past—and the man who broke her heart—far behind. As the creator of one of television’s most beloved dramas, Elle couldn’t have written a better comeback for herself. But her success doesn’t leave much room in her life for romance…until Luke Kingston enters the scene.
Luke, a stunningly handsome star, is set to play the latest love interest in Elle’s show…but he’s got his eye on Elle, and she can’t deny their sizzling chemistry. Then Elle has a chance encounter with Troy Saladino—the man who had been the love of her life—and suddenly a million old feelings are rushing back.
With two gorgeous men pursuing her, Elle can’t decide who holds the key to her heart: her new love or her old flame. Will her choice bring her happiness—or more heartbreak?

I could not wait to dig into this Hollywood setting and land right on the red carpet!
Melissa Brown has delivered and yet again left me a happy reader.  I never hesitate to pick up one of this author’s books, as some of them have landed on my list of favorites.
This book was the perfect light romance with just the right amount of everything!  I have a habit of calling a few of Melissa’s books “chick flicks”, but I can’t help it…. They are the type of stories/movies you just love to curl up to and binge on.  I love Melissa’s characters and can always count on her to make me happy and content by the time I read “the end” in every one of her books.   No need to worry if you are the type that turns the other way when you hear the words “love triangle”, Red Carpet Kiss was probably as pleasant as they come with regards to them.  I don’t want to go into detail because I don’t want to spoil anything.
This love triangle kept me guessing who Elle was going to end up with until the end.  I really liked both Luke and Troy so I was not stressing out too much over how it was all going to end.  The only part that stressed me out was trying to figure out what the heck was wrong with Elle… why is she so guarded and how did she let Troy get away in the first place?!?
Make sure to pick up your copy and let me know what you think…. I hope she ends up with the man you are cheering for!

“I wish I could read your mind right now.”
Troy leaned in across the table, his eyes boring into hers. “I don’t think you’re ready for that.”
Elle felt bold, as if she had nothing to lose. Her breath was quickening as her eyes remained fixed on Troy’s. “Try me.”
Troy lowered his voice to a whisper. “Right now, I’m thinking about how good your lips would taste. I’m thinking about how much I want to pay the check, walk out of here, and press you up against the bricks of the building.” He paused for a minute. “Should I go on?”
Elle had a sudden awareness of her own heartbeat; her fingers tingled with the need to touch and be touched by the gorgeous man on the other side of the table. Those eyes, those soulful brown eyes, focused on hers as if she were the most beautiful creature on the planet.
“Yes,” she whispered.
He glanced around briefly before continuing. “I’m thinking about pressing you against that brick wall, and unbuttoning your blouse. I’d take my time, savoring the look and feel of you as I opened each one.”
Elle swallowed hard, her palms began to sweat, and her nerve endings stirred beneath her skin. Their hands were still enmeshed on the table, and she realized
Troy was now stroking her palm with his fingertips. That simple touch left her craving him, as much of him as she could possibly obtain. She wanted to make the table vanish, to push it all aside, eliminating all distance between her and the man who was making her heart pound out of control.
“What else?” She parted her legs slightly, feeling completely enveloped in her need for Troy.
“I’ll pay the check and then I’ll tell you. How does that sound?”
“Good.”
Troy released her hand and rose from the table. He walked to the other side of the restaurant, where their waiter happened to be standing. He pulled him aside, opened his wallet, and handed him a bundle of cash. Then, with a cocky grin, he joined Elle, who managed to stand despite her wobbly and weakened knees.
When he took her hand and led her outside, Troy did exactly what he had described inside. The brick felt harsh against her back, but it didn’t matter. All she wanted was to touch and explore every inch of Troy’s body. His lips crashed against hers. One hand cupped her ass as the other toyed with the collar of her blouse.
“God, I’ve missed you,” she murmured between kisses as Troy unbuttoned the first button of her blouse. “I’ve missed this.”
“Shhh,” Troy whispered, popping the next button, exposing the lace of her bra. His fingertips danced over the exposed fabric, tickling her sensitive skin, creating a delectable shiver down her spine. His lips pressed again to hers, and immediately Elle opened her mouth, inviting him in. He deepened the kiss, stroking her tongue with his own in determined yet gentle strokes. Arousal built within her as her hands roamed his back, his neck, his hair.
“Should we go somewhere . . . somewhere more private?” Elle asked, suddenly aware they were in public when she heard the voices of people walking past the restaurant. “Your place, maybe?”
“No,” Troy answered.
“No?”
“I think we should say good-night.”
“You can’t be serious.” Elle’s vision became clouded, and her throat ran dry.
“I think we should take things slow.”
“You call this slow?” She could feel her pulse pounding in her ears. She planted her feet in a wide stance, crossing her arms in front of her chest. “What’s going on, Troy? Are you still pissed off? Is this all a game to you?”
Troy ran his fingers through his hair. “No, of course not. You know me better than that.”
“Maybe not.” Her fingers fumbled to button her blouse. She felt ridiculous, foolish, like Troy was playing with her emotions. Turning her on only to walk away from her. She’d felt that ten years ago; she didn’t want to feel 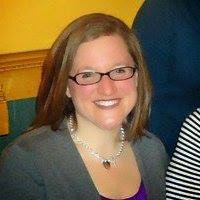 Melissa Brown was born and raised in the suburbs of Chicago. She attended the University of Illinois and is the mother of two fantastic kids. She’s an avid reader who enjoys making handmade gifts for her family and friends, as well as baking and painting. Melissa has an unhealthy obsession with pop culture. She speaks fluent movie quotes from the 1980s (John Hughes = genius), reads celebrity gossip magazines and never misses an episode of Scandal. She enjoys writing contemporary romance, romantic suspense and young adult novels.
All of Melissa’s books are currently available exclusively through Amazon.com and are part of the Kindle Unlimited Program.
Facebook | Goodreads | Website | Twitter | Pinterest